Some indigenous people refer to Mother Earth as a giant turtle..we as humans ride on Turtle's back..Turtle teaches us to harmonize the energies in our lives bringing us balance. Turtle is one of the oldest symbols for our planet, and holds very sacred energy. 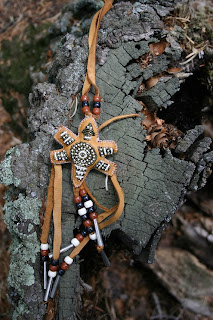 
For my mom, however, turtles=danger... 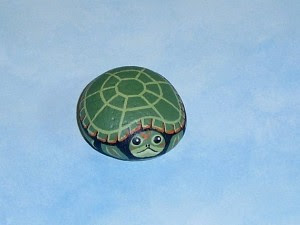 Every summer, my children and I made our annual pilgrimage to visit my parents on the Seine River in NW Ontario. Long summer days were filled with fishing, exploring, rowing, berry picking, and culinary experiments, along with numerous Art, Biology and Geology lessons. 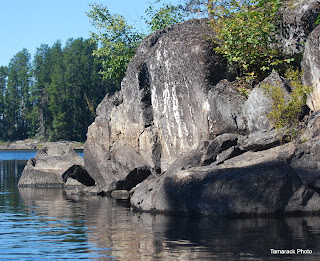 
My dad was the primary fish cleaner and he often rewarded the otters and turtles, with whom they shared Seine River, by leaving the fish entrails for them to eat. The stomach portion of a walleye is white in colour and this fact will later become critical to the story. 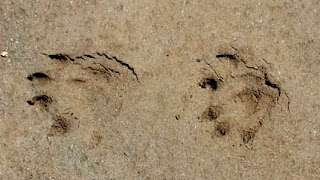 
As the sun worked higher in the sky, we generally retreated to the water to cool off. My mother, Elaine, came out of the cabins, down to the shoreline to save us all from the "turtle terror" which awaited in the murky waters off the end of the dock. She claimed to have seen a giant size snapping turtle in the bay earlier that morning.

As a Biologist I assured her..Mom, the kids are fine, the last time I checked turtles are not known for attacking small children.

She quickly remembered an important turtle factoid, and told me..Well once on Rainy Lake, there was a huge snapping turtle sunning itself on the end of the dock and I stuck a broom handle out there...the turtle held on and wouldn't let go until it snapped the broom handle in half..then she went on to say that a turtle didn't care if it snapped a broom handle or a bone..like she had some special insight into the workings of the reptilian brain.

My counter..Well Mom, I'm just thinking, but if you stuck a broom handle in MY face, I'd probably do the same thing as the turtle.

She insisted that the evil turtle would bite one of the children and that swimming was no longer a safe activity.
I challenged her by asking..Mom, do you honestly know even ONE person who has suffered a turtle attack? If you do, I will get the kids out of the water now.

She stomped off to the cabins.. 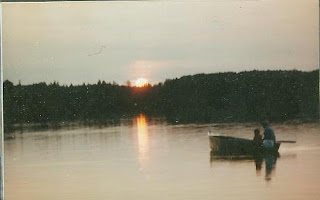 (Fishing with Dad on Seine River)

Imagine my surprise when a month later, I received a letter from my parents along with a photograph. The photo showed a person's leg, dripping with blood and an obvious triangular shape bite mark on the calf..AND it was my mother's leg.
In the letter she went on to describe how she had gone wading off the shore and how the turtle had grabbed her leg..and it said NOW I know a person who has been attacked by a turtle..ME
At the end of the letter was Dad's printed PS which read: The turtle bit your mom's leg because she is so pale, and the poor turtle thought she was fish guts.

The lesson of this story..we create our own realities..if you believe that a turtle will bite your leg, and you imagine such a scenario..it will happen..you send that energy out into the Universe and it responds appropriately. Fearful energy holds us back from enjoying our lives..

I love you mom, but to this day you REMAIN the only person I know who has been bitten by a turtle..

(Dad, Mom and Jamal..family traditions)
Posted by Northernlodge at 9:15 AM

Listen to this playlist: Sn0wluvr's Playlist 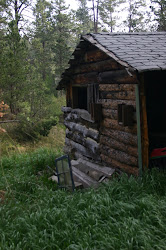